KOALAS IN THE NEWS

Koala Rescue QLD received a reply from the State Government in response to our demands for more government action to protect koalas. The core of their response was directing us towards the South East Queensland Koala Conservation Strategy 2020-2025.

Whilst it is encouraging that the government published the South East Queensland Koala Conservation Strategy 2020-2025 and that the Prime Minister has announced that no species will go extinct under the Labor government, we do not believe this strategy is going to save the koala from extinction. In fact, their response corroborates the issues that we raised in my original correspondence.

Despite this, we see no remediation plans nor a 'Plan B' to breed and reintroduce koalas should the current strategy fail.

A copy of the State Government response can be found here. Koala Rescue QLD has requested more detail across many aspects of the strategy and further action.

Our detailed feedback can be found here.

Koala Rescue QLD encourages all of our supporters to contact the Honourable Meaghan Scanlon MP via email  environment@ministerial.qld.gov.au demanding that the government get the South East Queensland Koala Conservation Strategy 2020-2025 back on track and take some further, stronger measures to guarantee the future of this wonderful Australian icon.
​ 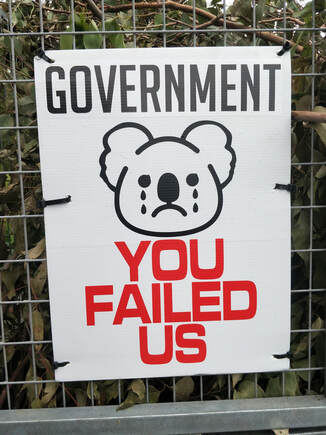 On the 3rd of September 2022, Koala Rescue QLD contacted the Federal Government, State Government and many of the worst offending QLD Councils demanding urgent action to save koalas. The situation has now reached crisis point and we fear will soon be irreversible. Koalas need the government to step up and provide the duty of care that they deserve.

At Koala Rescue Queensland, we have observed habitat loss over the last ten years exceeding what we have ever seen before.

By far, the biggest issue and the root cause for koala population decline is loss of habitat. In our travels throughout the state, we observe rapid development in recognised koala habitat.

There are areas across Queensland where, years ago, we would be called to frequent rescues. Now there are no rescues as there are no koalas.

Koala Rescue Queensland proposed a number of actions that need to be taken urgently:
In the immediate term, the Government should support and fund koala organisations to establish and run sanctuaries and breeding programs in dedicated locations, protected from predators. When the above 8 actions are in place, these sanctuaries will assist to repopulate koala habitat across Queensland.

A full copy of our letter can be found here.

Koala Rescue QLD encourages all of our supporters to contact your State and Local Governments asking for evidence that they are taking action to protect koalas and proposing the actions above. 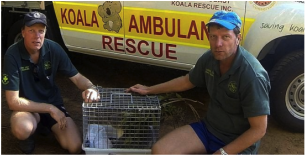 Read the May Issue of National Geographic Magazine.  The plight of the Aussie icon has gone worldwide.  Local and State government are now responsible for working harder to save the Koala.  Particularly since they have been listed as endangered and vulnerable, the authorities really need to step up and protect these little guys from the impacts of development and over clearing of their natural habitat.  Let's turn back time and make a brighter future. 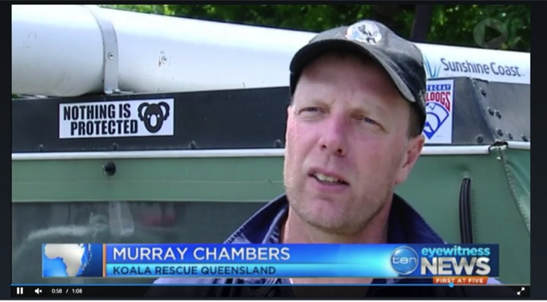 ​Sadly many of our news stories are tragic and a terrible reminder just how horrible humans can be to defenceless animals. ​

Dead koala found 'screwed' to post at south-east Queensland park
The Sydney Morning Herald
Koala rescuers have been left horrified by a photo said to show a koala screwed to a post on the Sunshine Coast hinterland. Read the full story
Some of these links may have expired due to media companies archiving or removing content after a period of time.

The Sydney Morning Herald
Koala rescuers have been left horrified by a photo said to show a koala screwed to a post on the Sunshine Coast hinterland. Read the full story